The property is situated immediately adjacent to the train station, at the gateway to Leeds’ commercial district at the very heart of the city, with the financial and legal quarter on one side and the retail core on the other.

City Square forms the nucleus of Leeds’ city centre, located at the confluence of key arterial routes into Leeds, including the bus network in addition to the train station.

Nearby developments at Majestic, One City Square and 34 Boar Lane, have further reinforced the dominance of this location and attracted new standout businesses to the region such as Channel 4.

The City of Leeds is now firmly established as one of the UK’s premier locations for ambitious organisations and has attracted inwards investment from new occupiers including Burberry, Blacks Solicitors, Shoosmiths and Reed Smith. 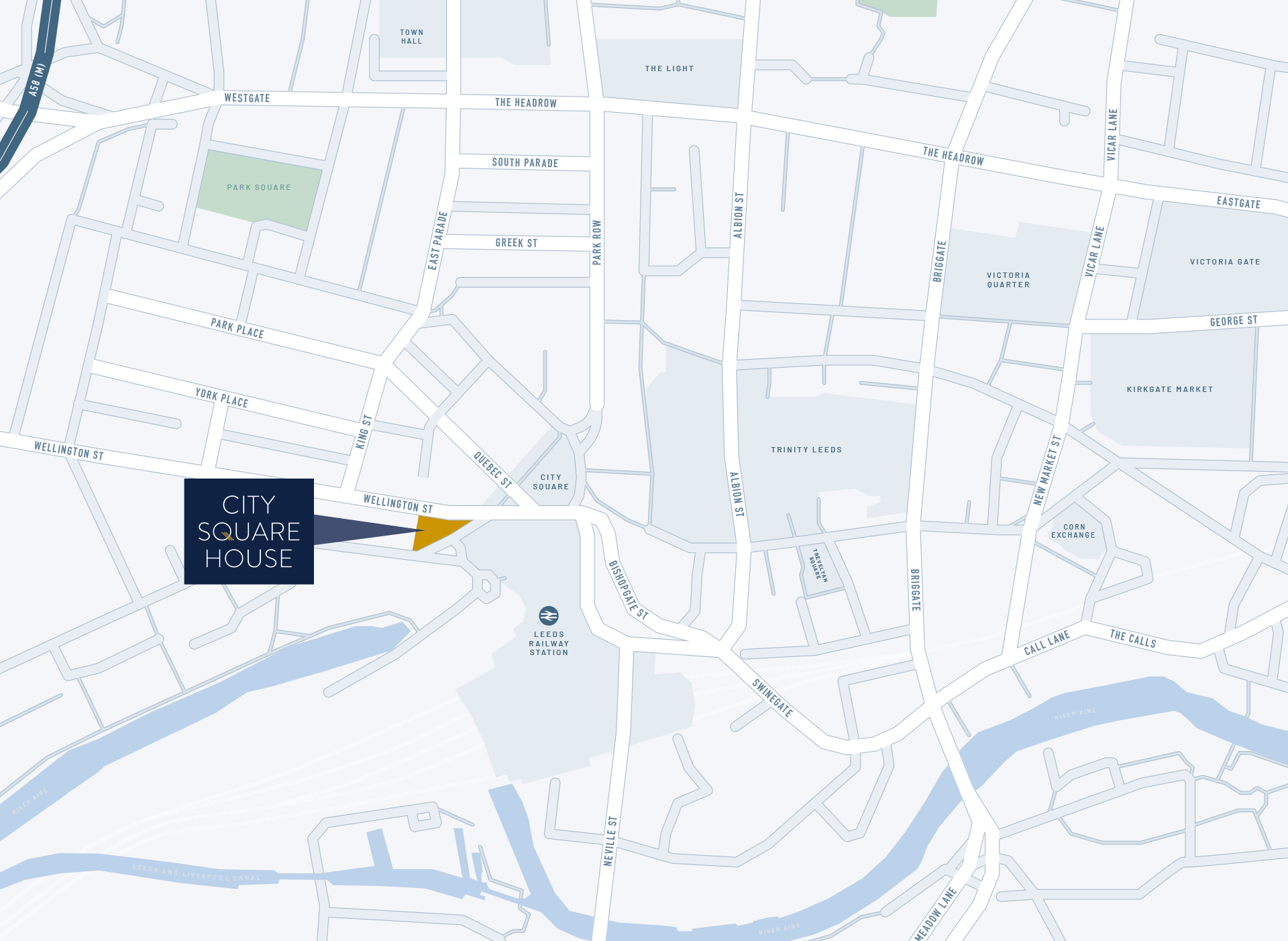 Leeds’ retail core sits immediately to the east of City Square, with an entrance into the city’s largest shopping centre, Trinity, directly off City Square.

Leisure amenities are plentiful, with Restaurant Bar & Grill and Banyan Bar & Kitchen adjacent to the building, both of which benefit from having the rare amenity of ample outside seating.

Some of Leeds’ top hotels are in the immediate vicinity including the iconic Queens Hotel, The Quebec, Park Plaza and Leeds’ newest and highest rated hotel, Dakota Deluxe.

A key driver of tenant demand will always be proximity to the train station and city centre facilities, for which there is no better position than City Square.

The process of redesigning Leeds City Square has already begun and is due for completion, like City Square House, in 2023. The aim is to create a vibrant, inclusive, and world-class city centre public realm. The budget of £10m has been allocated and coincides with other significant investments in the area including the Leeds Railway Station and Channel 4 at Majestic. 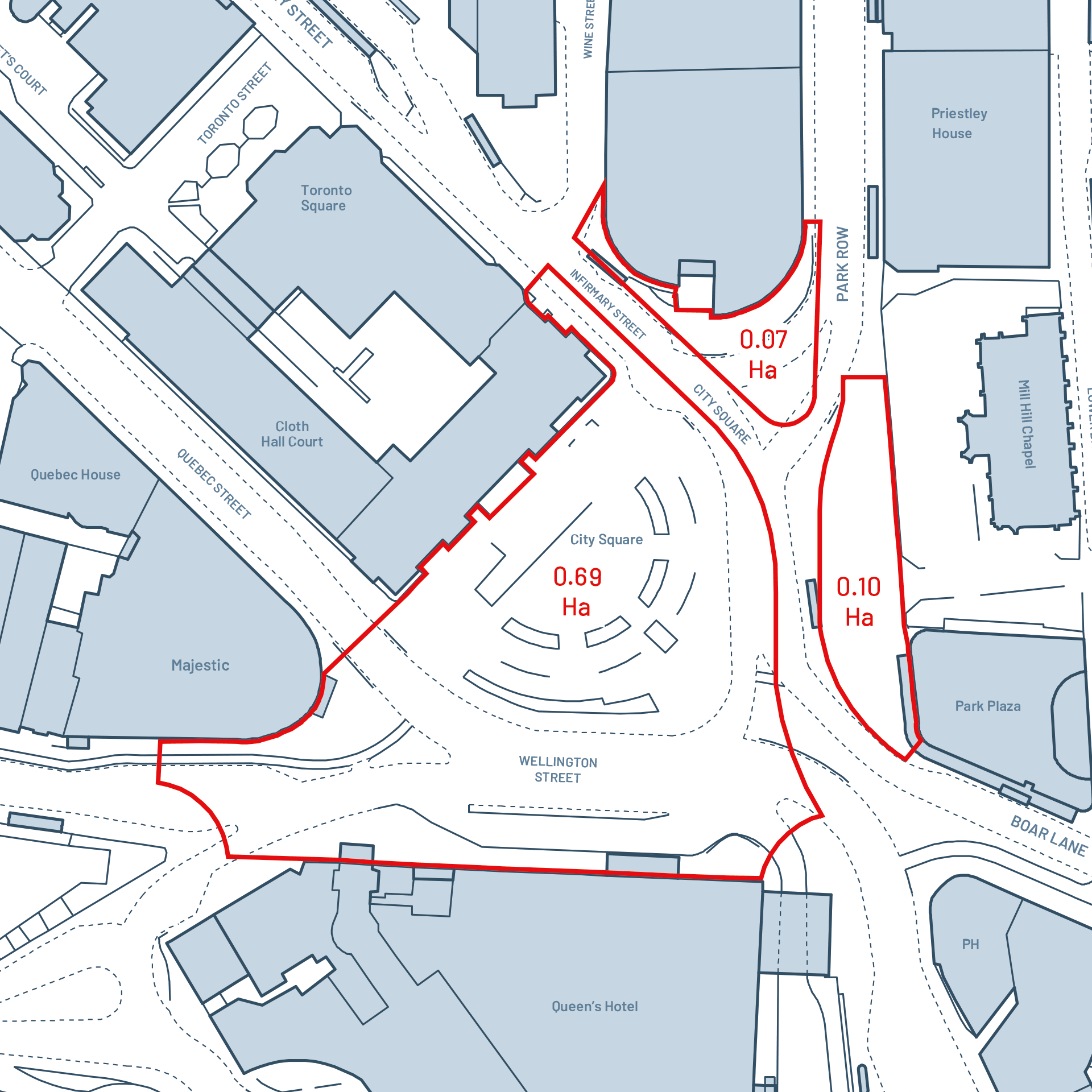